All right, I’ll admit the title is a bit deceptive. It’s mostly just that I couldn’t resist using a cat joke. See, Ypres is that town that was famed for throwing cats off the belfry. They still have a cat festival every year, though now they’re a bit more humane about it. So no cats were injured in the making of this blog post.

My morning began with classes. I went and helped out in one class at my first school and then went to teach another class at my second, talking about heath in America and the problem of Big Gulps….which Europeans don’t have so they think it’s crazy we have so much soda. Regardless, it makes for an interesting topic with which to practice English.

Then it was off to grab a sandwich and head to meet my family.

We met up outside of my high school. I let them drive through some of the main parts of my town to see a little bit of what it was like. However, the road we wanted to take wasn’t legal to turn right onto. My dad decided to do it anyways. And what do you know we got pulled over by the police

My father apologized and the man said we were lucky before pulling away. Just always follow traffic rules, kiddos. The moment you don’t is the moment you get caught.

Anyhow, there were no other problems as we drove towards Ypres, our destination for the day. We’d decided to venture back into Belgium, since I didn’t know of a lot to do in the French area. 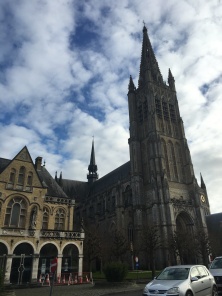 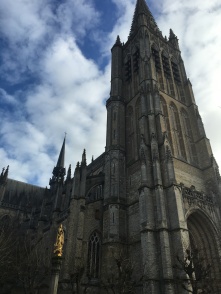 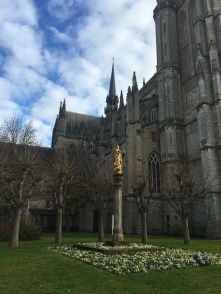 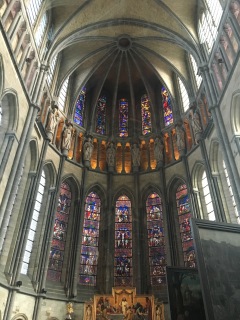 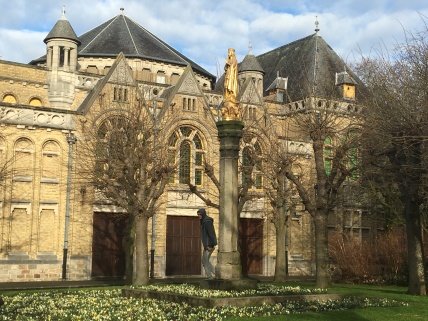 We started off by walking around the town. We looked at the cathedral before going over to where the famed belfry is where they used to throw cats. Then we walked around some of the war memorials and saw one of the cemeteries. 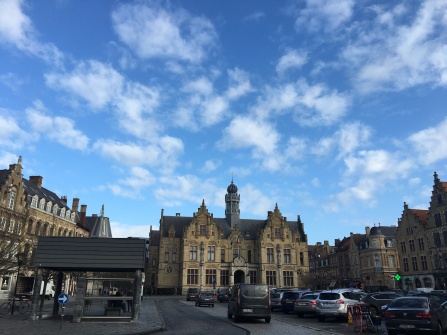 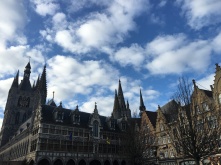 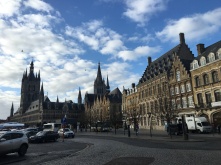 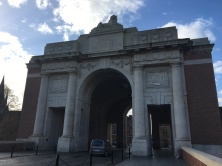 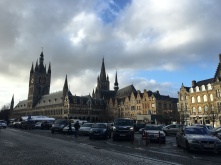 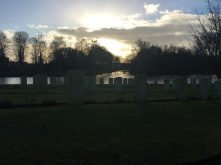 We were all hungry so it seemed like a good time for lunch. My dad had read there was a place with burgers in town, so we stopped there. They were indeed quite tasty, plus fries and croquettes which are always amazing. 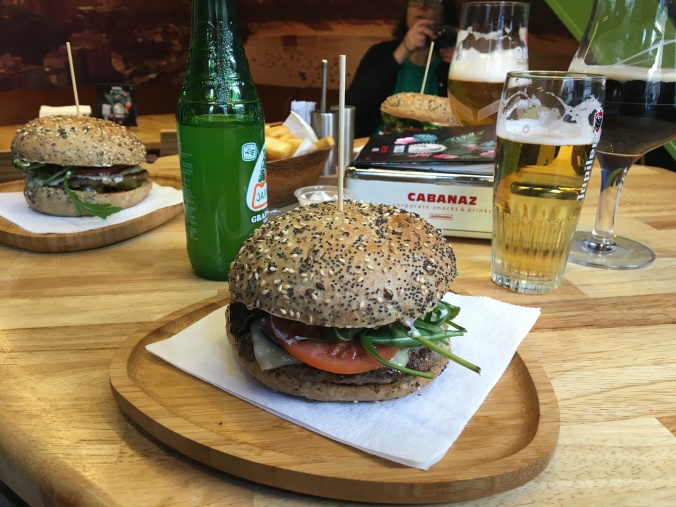 There was a little more time to walk around some of  the city and see a few more things.

After that we were getting cold so we headed towards Lille. As always, French places don’t open for dinner until eight or later usually, so we had to kill time until then.

Unfortunately it was quite cold in Lille, so while walking around the shops and squares was fun, it was not really pleasant. 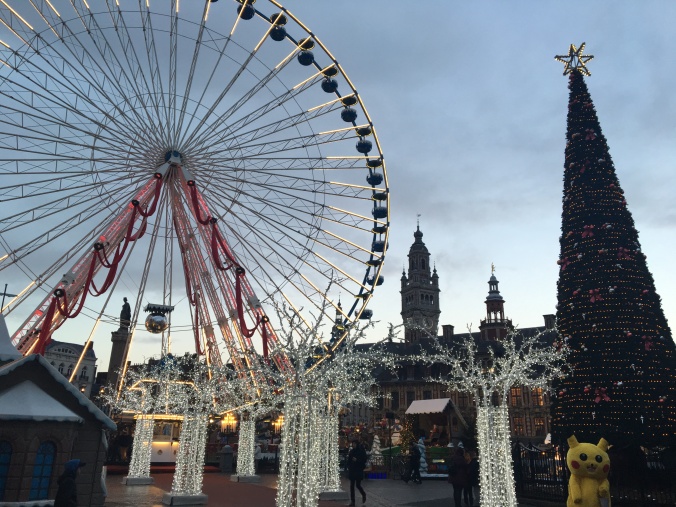 We ended up in the FNAC which is a media store with books and movies and such. It made for a warm place to rest for a bit while we waited for the restaurant to open.

My friend had been recommended a place called La Campagne de Grappe, a local French restaurant that apparently was well liked by the locals. She passed on the advice to me, and I suggested eating there to my family.

So we headed there at eight and sat down to order some interesting dishes. I had the duck lasagna that was indeed quite delicious. Afterwards, for desserts my family had a selection that had several different types of local desserts while I had a roast pear that makes me salivate just thinking about it.

Overall it was a good day. It was sad to know it was our last, but I said goodbye to my family and knew that this wasn’t the end. I would have more fantastic adventures awaiting me in the future.

If you missed other Christmas Adventure Posts here is a list so you can catch up: