“When I was at home, I was in a better place: but travellers must be content” -William Shakespeare, As You Like It

I should start by saying that I never planned on spending much time in London. I have been there twice before (yes I’m spoiled), so I’ve seen most of the big sights like the Tower, and the British Museum, and Buckingham Palace. Even though I know there’s plenty more to see, my priorities were seeing some places in England I hadn’t yet gone to. However, London does make for a convenient stop when flying, offering flights all over. So that was why I’d chosen to fly down to London from Edinburgh.

So I had a choice that morning. I could get up early and walk around more of Edinburgh. Or I could sleep in and be ready to head to the airport.

I opted for the latter.

In my defense it was Easter day. Meaning that not everything would be open. Also, honestly I just feel nervous anytime I have to fly. I always want to make sure I get there plenty early, because my worst fear is I’ll miss my flight standing in the security line. As always though, I arrived plenty early and was through the line in a few minutes.

So I sat and had coffee and relaxed until I could finally be on my plane on the way down to London. 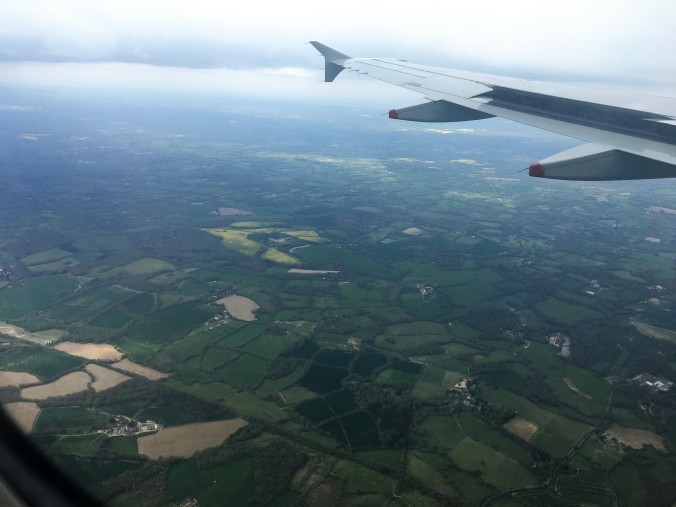 I had plans to do some things when I got to London. Hop on the tube and head over to other parts of the city to see it.

However, the problem was that the trains going from Gatwick airport over to Victoria Station (the one nearest to my hostel), were not running that day. And I could either pay lots of money to go to a station and then try to take the tube over. Or, I could do a bus. That would use two hours of my time.

I opted to do the bus.

Sometimes traveling is about being willing to adapt your plans. So unfortunately that meant that I had to give up the things that I’d wanted to see were no longer open, so I had to be willing to live with that.

After I got out of the bus, I headed over to my hostel.

I stayed at Travel Joy Hostels in the Chelsea neighborhood, and it’s one of my favorite hostels of the trip! Very lovely! Nice personable staff, right on the Thames river, and they do free towels, free breakfast (with omelets, smoothies, and pancakes), and even all you can drink free soft drinks at the bar throughout the day.

All in all quite lovely. Beds weren’t too comfy, and was maybe a little run down in places, but honestly I wouldn’t complain all that much for what I received at such a price.

It was a ways from city center, and since the tube closest to my hostel wasn’t running (due to flooding or something) that meant that I had to walk if I wanted to go anywhere.

I decided to find dinner and then figured from there I could maybe do a quick walk over towards the center to get some photos.

As I’d had English food a few times I settled on doing Indian instead. Again, I’m not going to listen to people complain about my food choices. Sometimes you just need to go for something that is quick, easy, and open on Easter. So Indian it was.

All in all it was quite delicious and I was glad of my choice. After that I headed over to take some photos of Big Ben in the evening light. 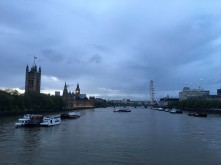 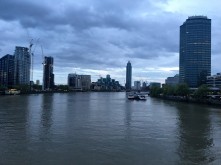 Sadly it was too late to do much else, so I headed back to my hostel.

So things might not have worked out quite as I planned in London, but it was still a nice day all in all. I’ve already visited the city before so I don’t have much more I really need to see, but I would have one final night there before the end of the trip.

Going vegetarian this week to make up for all the meat I ate last week. So here is my meal tonight. Heavenly Grain Bowl based on a recipe from my Blue Zones cookbook I’ve been enjoying. Veggies, beans, and chili peanut sauce on a bed of quinoa. Delicious and healthy! #healthylifestyle #food #yum #vegan
Got to love the beauty of summer. Perfect day for a walk in the park to enjoy. Those water lilies especially had me oohing and aahing. 🌷#flowers #nature #parks #idahome
A little different from the Hawaiian beaches I got used to last week! 😄 #beaches #travel #oregoncoast
A great day getting to learn more about Hawaiian history. These reconstructions helped to paint a picture of what life was like on a sugarcane plantation and the melting pot of different cultures who settled in Hawaii. So glad I was able to visit and give up a little beach time to understand more about these beautiful islands. #travel #hawaii #history
Views from our waterfall hike. Beautiful views, fun falls, and strange graffitied water tower hidden in the trees! #hawaii #hiking #outdoors #travelphotography #travelgram #travel
⛩ #travel #travelphotography #travelgram #hawaii #architecture #history