Technically my Inspirock lists my trip as 13 days in “Europe” since it can’t quite seem to figure out what region I’m really going to, so it is possible Greek Adventure isn’t the best title for this collection, but I really don’t care. There’s not much more I can think to add. The Odyssey? To be honest, I am headed home after a long time away so that might be more accurate. 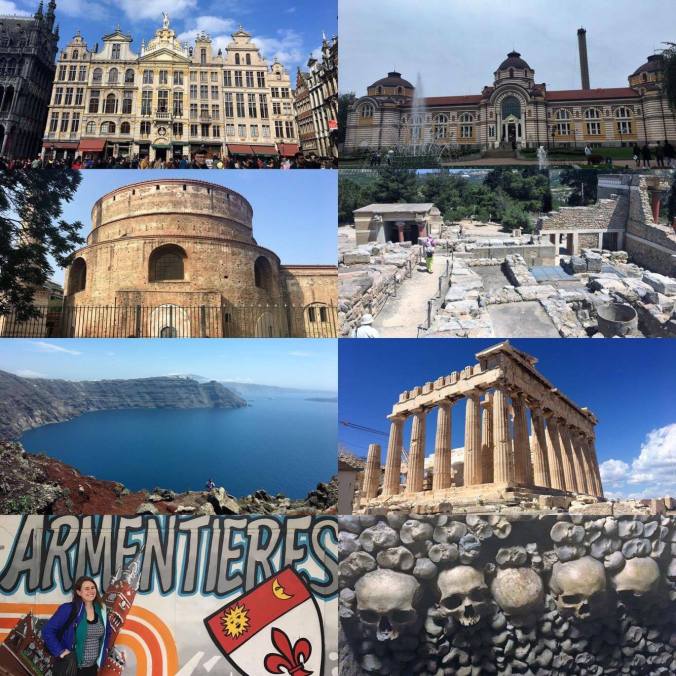 Yes, my year in Europe has drawn to a close, so this is sort of a last hurrah before I head off. Sad to say I only have a little less than two weeks. I wish I’d given myself more, but when I booked the ticket I wasn’t sure how much time or motivation I’d have to travel. Today I’m much less afraid than I used to be. So if I had been given more time to travel I would have taken it.

Nonetheless, here is a little about what you can expect in the upcoming posts.

So, to begin with even though I’ve lived right beside Belgium for most of the year, I have not visited Belgium’s capital. So I decided to begin the journey in Brussels! Well, that was part of the decision…it was also that my flight that morning left at 9 AM, which wasn’t ideal for coming from Lille. So instead it would be easier to just stay the night there before flying out.

Now in terms of flying down to Greece, it really just became a price game. And the cheapest flight down there… Sofia.

So yes, I’m going to spend a night in Bulgaria as well to help cut the costs a bit and see a bit more of Europe.

From there I take a bus down to Thessaloniki for a night to see a little of Greece’s second biggest city.

And then I’ll fly out to what I was told I had to see in Greece, which was the islands.

Now yes, there are ferries to and from the islands. However, I never found any that were reasonably priced, and from reading online it sounds like those that are maybe take quite a bit of time. Again, something to look into if you’re going to Greece.

So for me the smartest, and actually cheapest option was to fly. Sounds a bit unbelievable but it is true.

So a flight down to Crete where I would spend two nights and then a ferry (yes a splurge) over to Santorini for two nights before flying to Athens for two nights. Then I would fly back to Brussels, catch a train over to Lille to grab my stuff and spend one final night in the Internat (boarding school) before I headed off to Paris where I’d spend one night before my flight. So yes, you can see why this trip is “13 days in Europe” instead of the neat Greek Adventure I wanted.

It’s going to be a bit crazy but with some luck everything should be great and I’ll have a fantastic time!

(To avoid feeling deceptive I’ll admit this post was written months ago and I ran out of time to post before I left…so yes all of these adventures have already happened even if they are written in a way that sounds in the moment).

Felt well enough for a walk this afternoon. Got to love those fall colors! #idahome #fall #autumn #boise #nature
Love beautiful evening walks on the river and spotting the heron busy fishing 🎣 #idahome #boise
Experimenting with different salads in this summer heat 🥗☀️
Mom and baby deer siting on my walk today! So cute! 🦌 #nature #animals #idahome
Going vegetarian this week to make up for all the meat I ate last week. So here is my meal tonight. Heavenly Grain Bowl based on a recipe from my Blue Zones cookbook I’ve been enjoying. Veggies, beans, and chili peanut sauce on a bed of quinoa. Delicious and healthy! #healthylifestyle #food #yum #vegan
Got to love the beauty of summer. Perfect day for a walk in the park to enjoy. Those water lilies especially had me oohing and aahing. 🌷#flowers #nature #parks #idahome