“Only those who risk going too far can possibly find out how far they can go.” — T.S Eliot

So let me thus start by addressing the upcoming account that is coming. It’s fourteen days in Ireland, Isle of Man, Scotland, and England. As with all my adventure posts, the first  one might be a bit dull as it’s mostly just about getting to the place to begin with, but I assure you there is more excitement to come in the future posts.

Well, the Lille airport has absolutely horrible prices for flights. So my options are to head down to Paris or to Brussels. Usually I find the cheapest prices in Brussels, which is why it’s not a bad idea to just book a shuttle over to Charleroi airport instead of paying an arm and a leg to fly out of my own country.

So voila, my flight dilemma. Which was why I booked a shuttle over to Brussels and then was going to fly to Ireland.

Or rather thought I did.

Turns out I wasn’t thinking when I booked a shuttle for 3. I forgot that generally in Europe they use military time… aka 3 was actually 3 AM…

I thankfully was there early enough that I realized my mistake and was able to just pay for a ticket for the shuttle leaving at that time. But I was still pretty irritated with myself. And yes had to pay a more expensive ticket on top of the one I’d purchased before.

Regardless I arrived at the airport with plenty of time to spare. Got through security with my one backpack and purse without having to pay any luggage fees. I’m a pretty decent packer that way. Next trip I have to try to do just a backpack… I’m admittedly quite nervous. I might have to pay for an extra bag. 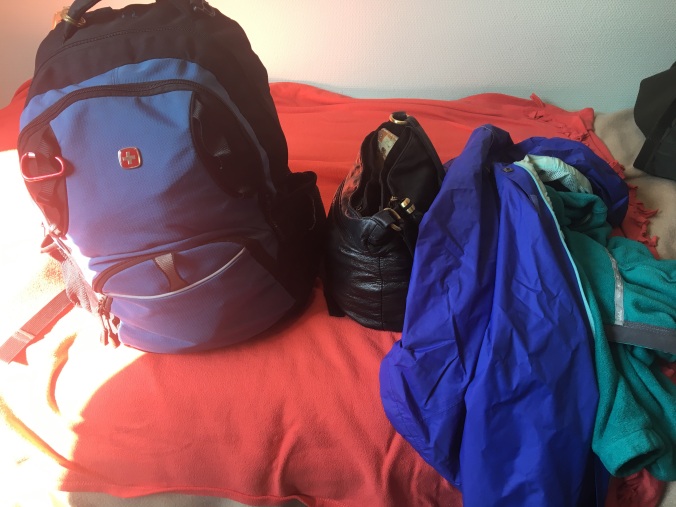 I had coffee and waited in the airport (again this is why it’s the boring post). Checked in through the border check with my passport and went to wait for my flight.

Found my seat and waited two hours on the flight before finally arriving in Ireland.

Once in Ireland I had to wait about 20-30 minutes to get through customs. Possibly a bit shorter, but it felt super long. The worst is watching all the EU citizens just breeze through while you’re stuck in line. Although as an American I shouldn’t complain considering what our own customs are like.

Anyhow, once out I had to search out the bus. Obviously there might be cheaper ways to do it, but I opted to take Airlink 747 into the city center, which made it fast and easy to get to my hostel. 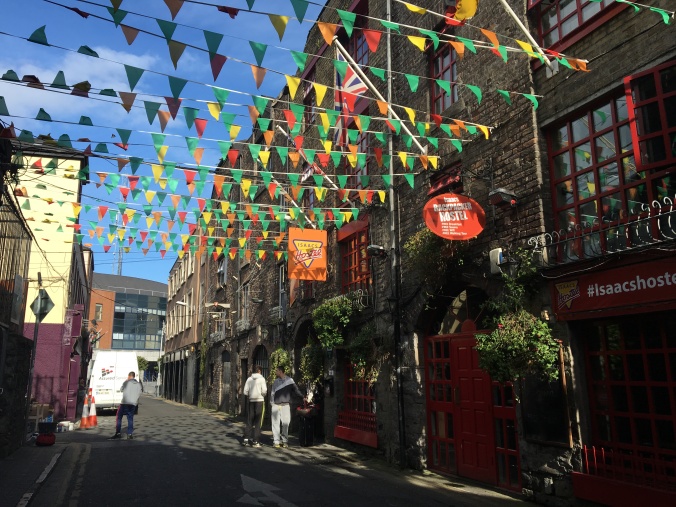 I had decided to stay at Isaac’s Hostel. They were centrally located, had good reviews, and even a light breakfast and I’m all for that. The downsides of Isaacs are that it’s located right next to a train line that makes it quite noisy for sleeping, and it also doesn’t have wifi in the rooms, or lockers (though you can rent ones in the basement) which is most unfortunate. But overall it had a really nice atmosphere, free breakfast, friendly staff, good location, and even a free steam room, so honestly I’m not complaining too much.

I had arrived after nine, so I was in kind of a rush to get something to eat before I went to bed. In my opinion sometimes food while traveling doesn’t need to be local cuisine. Sometimes it just needs to be something fast, convenient, cheap, easy, etc. And this was one of those times. So yes I went and grabbed pizza from a place I’d seen on my way to the hostel and then took my slices back to eat there. It was cheap and convenient, so I wasn’t going to complain.

After that I went back to shower and settle into my hostel. I was excited to get a good night’s sleep and be ready to set out the next day.